To Choose to Live With Joy

I think no one will argue that this year just past has been a hard, sad, one. So many idols and heroes gone, such a contentious election, such mean spirits all around.  I felt the oppressive weight all fall, till the house of cards came crashing down, both for myself and so many others, in early November.   Around that time I was having a discussion with a friend who was also feeling the gloom of November, and I remembered one of my favorite quotes by Joseph Campbell:

"Participate joyfully in the sorrows of the world. We cannot cure the world of sorrows, but we can choose to live in joy. When we talk about settling the world's problems, we're barking up the wrong tree. The world is perfect. It's a mess. It has always been a mess. We are not going to change it. Our job is to straighten out our own lives."

I quoted the key phrase to my friend, "We cannot cure the world of sorrow, but we can choose to live in joy".  I felt better the moment I said it.  I added a thought I had been considering for a while, that one of the reasons for the political climate was that people were turning away from the positive, buying into rhetoric that everything was wrong and that America needed to be made great again, instead of focusing on what was already great. My friend responded "I choose to live in joy".

The moment of affirmation  felt so good, I shared it again a few weeks later with another friend, part of a much maligned ethnic group, who was losing hope in the political process and the world she had so much faith in.  Many friends were speaking words of comfort, and I added mine.  "No matter how bad it gets, joy is ours if we chose for it to be."

Another day, i was in a discussion group talking about word affirmations for the new year. I hadn't realized it till that moment, but I realized that I had been moving towards choosing joy both as a practice and as a word affirmation.  "My word for this year is joy.  I chose to look into the darkness and live in joy."

I have spent some time in the dark of this winter thinking about the meaning of it all. Living in joy does not mean to ignore what is wrong in the world.  It means to take the small steps, the ones that the individual ordinary person can take to give others joyous moments.  It can be as little as smiling at someone when you don't feel like doing it. It can mean a card or simple present for someone who didn't expect it.  It can be a moment of solidarity like waiting with someone being harassed at a bus stop.  It can mean looking for silver linings in sorrowful times, for happy memories in times of loss.It does not mean erecting a bubble around yourself and pretending that a troubled world isn't there. It does not mean rejecting small positive actions as futile.   It means embracing the world you have, because it's the only one you have, and trying to better things where you can.

It also means accepting that you may never know the effects of this choice to live in joy.

In 1966 Robert Kennedy spoke in a South Africa polarized by apartheid.  He spoke of

"the danger of futility: the belief there is nothing one man or one woman can do against the enormous array of the world's ills-against misery and ignorance, injustice and violence. Yet many of the world's greatest movements, of thought and action, have flowed from the work of a single man. A young monk began the Protestant Reformation, a young general extended an empire from Macedonia to the borders of the earth, and a young woman reclaimed the territory of France. It was a young Italian explorer who discovered the New World, and the thirty-two-year-old Thomas Jefferson who proclaimed that all men are created equal."

He knew that many would say they were not that sort of hero, so he talked about the many unknown deeds  that bring change to the world, perhaps better than any other person has ever done:

"It is from numberless diverse acts of courage and belief that human history is shaped. Each time a man stands up for an ideal, or acts to improve the lot of others, or strikes out against injustice, he sends forth a tiny ripple of hope, and crossing each other from a million different centers of energy and daring those ripples build a current which can sweep down the mightiest walls of oppression and resistance."


Each and everyone of us can chose to do this.  To do what we can, where we can.  To not succumb to despair when we are told there is no hope for the world.  To fix what we can, when we can, with abilities we can.  To send forth our own tiny ripples of hope and let them go where they will. We can be our own small voices of affirmation.

"We cannot cure the world of sorrow, but we can chose to live in joy." 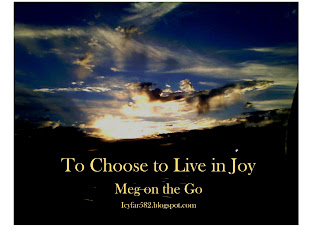 40 years ago today a ship sank in a storm on the Great Lakes. Not that unusual an occurrence of course.  Ships sink frequently, usually receiving little notice unless their is a large loss of life or unusual circumstances. So the deaths of 29 men hauling a load of iron ore across the Great Lakes would probably have been forgotten a long time ago. Except it didn't happen, not this time.

Because the story of this shipwreck caught the attention of singer/songwriter Gordon Lightfoot.  And Mr. Lightfoot, one of the great storysongtellers of our time, wrote a song about "The Wreck of the Edmund Fitzgerald." Thanks to him, everyone remembers.

When the Edmund Fitzgerald went down I was a young high school student in Northeastern Ohio. There was a lot of coverage in the local media of the tragedy. When Gordon Lightfoot released his song, I was fascinated to hear a hit record created of events I had read so much about, that had happened so close to home. The long ballad captured not only the wreck itself, but the Lakes as well.

At one time of course, this was how all stories were passed around, and how all the news was heard. If the stories survived it was by word of mouth. Poems and songs are easier to remember than prose. Troy might have been a minor siege, but Homer guaranteed the fame of everyone there. Agincourt was a great victory, but it became unforgettable when Shakespeare retold the story. Immortality often  depends on such flukes.

40 years ago today, a ship went down on the Great Lakes. Thanks to Gordon Lightfoot, it is not forgotten. 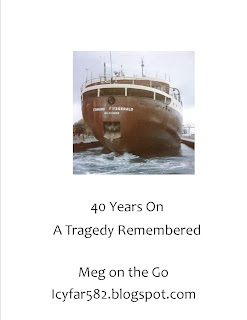 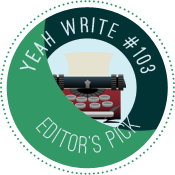 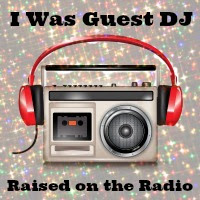 Check Out This Blog